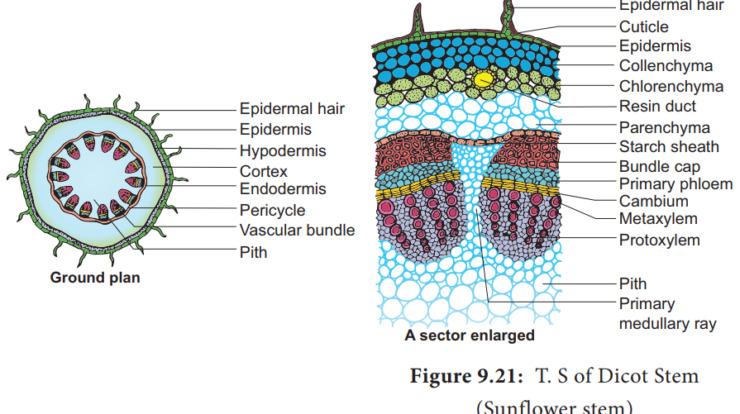 This article we will discuss about Internal Structure of Dicot Stem

The transverse section of a dicot stem reveals the following structures