In this article we will discuss about Lamarckism :- 1. Effects of environment and new needs 2. Use and Disuse theory 3. Inheritance of acquired characters and 4. Speciation

i) Evidence for use theory 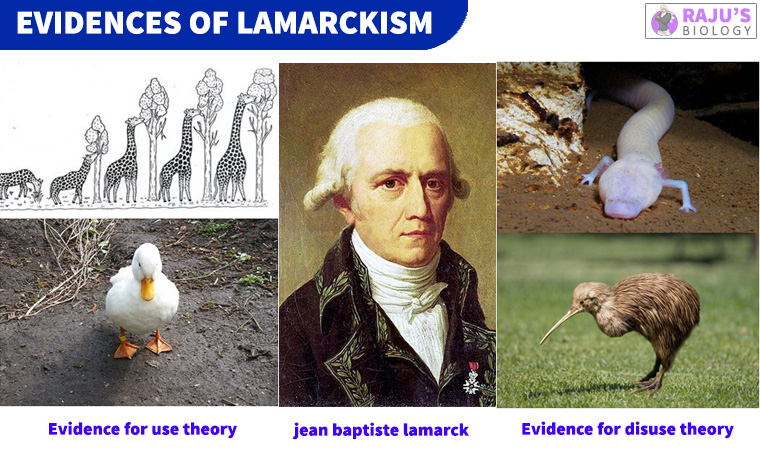 i) Theory of Continuity of Germplasm