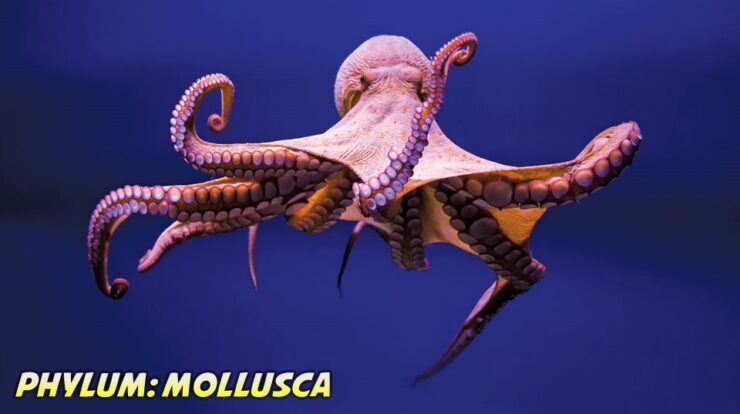 After reading this article you will learn about Mollusca General Characteristics, Classification and Examples

Class 1. Aplacophora
Exclusively deep marine. Worm like appearance with no shells. They have no eyes, tentacles and head. E.g. Neomenia, Chaetoderma

Class 3. Polyplacophora
Exclusively marine. The shell is composed of 8 plates. The radula is well developed. The foot is flat and ventral. E.g. Chiton, Cryptochiton

Class 4. Scaphopoda
Found in the marine environment. Shell is tubular opening at both ends. The foot is conical and used for digging. E.g. Dentalium, Pulsellum

Class 5. Bivalvia
Fresh water and marine forms. Body is enclosed by a bivalved shell. The foot is wedge-shaped and used for digging. E.g. Mussels, Unio, Mytilus

Class 6. Gastropoda
These are either aquatic or terrestrial. The shell is spirally coiled (univalve). The foot is ventral and muscular. E.g. Hilex, Limax, Pila

Class 7. Cephalopoda
Found in marine. The shell is either external, internal or absent. The foot is modified into foot in the head. E.g. Octopus, Loligo, Sepia