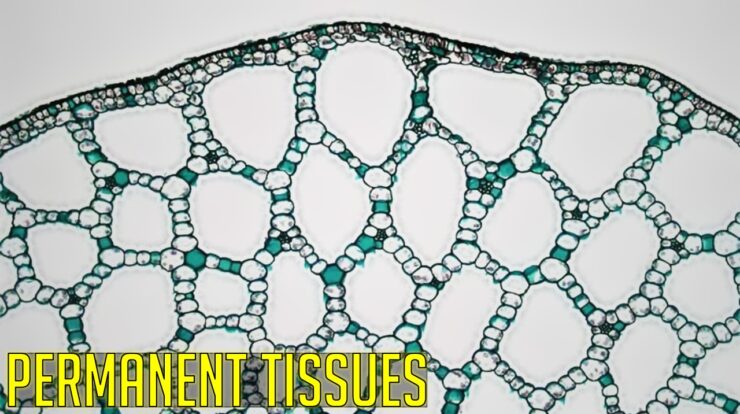 Permanent Tissues in Plants & their Types

This article we will discuss about Permanent Tissues in Plants

The term xylem was introduced by nageli (1858)
Xylem is conducting tissue which conducts water and mineral nutrients upwards from the root to the leaves
Xylem besides conduction also provide mechanical strength
They are composed of four different types of cells
The elements of xylem are xylem tracheids, xylem vessels, xylem fibres and xylem parenchyma

The term phloem was introduced by nageli
Phloem is conducting tissue which conducts food materials from the leaves to other parts of the plants
First formed phloem is protophloem and later formed phloem is called metaphloem
They are composed of four different types elements
The elements of Phloem are sieve elements, companion cells, phloem fibres and phloem parenchyma