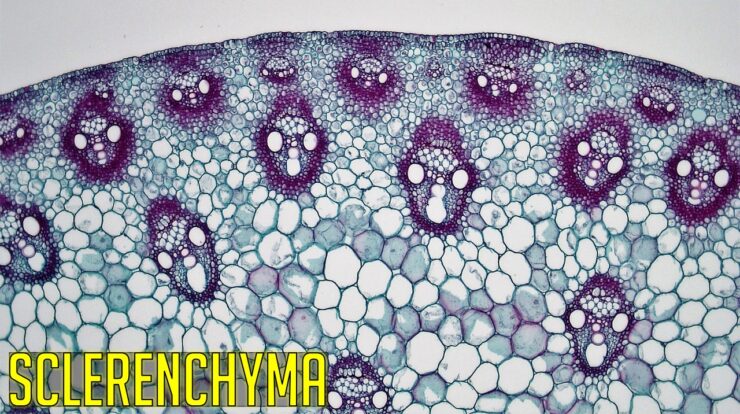 This article we will discuss about Sclerenchyma Tissue Characteristics, Types and Functions

Classification of fibres: based on structure

Classification of fibres: based on position

Classification of fibres: based on position

Appearance: These are bone like sclereids with lobed towards the end
Occurrence: Usually found below the epidermal layer, i.e. hypodermis of seeds and leaves of certain plants belonging to the Xerophytes category.
Example: Leaves of Hakea species.

Appearance: They appear star-like and deeply lobed with the radiating arms from the central body
Occurrence: Extends from the leaves upper epidermis to the lower epidermis.
Example: Leaves of Thea, Olea, Nymphaea etc

Appearance: They are much elongated, sparingly-branched & uncommon kind of a cell.
Occurrence: Found in the specialized tissues of leaves.
Example: Leaves of Olea