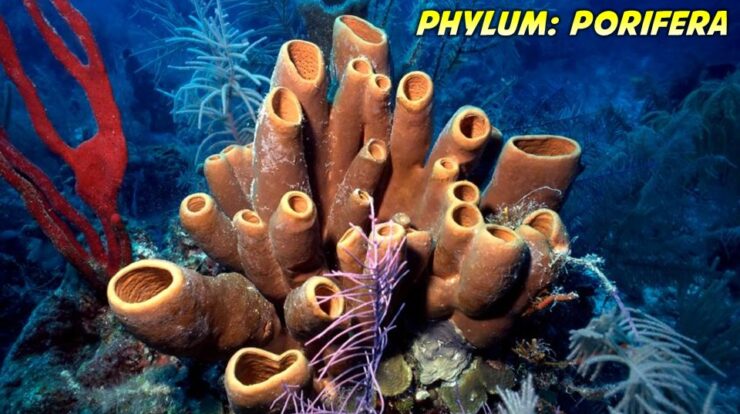 Porifera Body Wall
The thin body wall which encloses the spongocoel, consists of
I) Pinacoderm (Outer Layer) – Thin and flat cells of pinacoderm is called pinacocytes. It protects the internal structure of body
II) Mesenchyme (Middle Layer) – It consists of a gelatinous matrix of protein called mesogloea, Amoeba like cells and skeletal elements. Amebocytes pick up food from choanocytes and take food to other cells. Skeleton make up of network of protein fibres and spicules. Network of protein fibres called spongin. Spicules made up of Caco3 (Calcareous spicules) or Silica (Siliceous spicules)
III) Choanoderm (Inner Layer) – Spongocoel are lined with choanocytes. Flagella that spins to pull in water and food. Collar of choanocytes traps plankton form water.